How Safe is Air Travel? 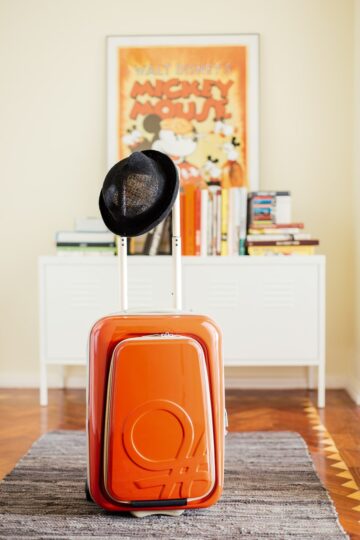 How Safe is Air Travel?

On January 7, 2021August 17, 2020
by I am thewinchesterroyalhotelnity
in Travel Deals and Promotions
Comments Off on How Safe is Air Travel?

How Safe is Air Travel? The wonders of technology will be forever immortalized in the minds of men with the ability to fly already secured.
Flying that would puzzle the 17th century generation has now become a norm, and it is accepted as the fastest means of transportation.
To some, flying is a way of life and is very comfortable; to others, it is a source of anxiety, a cause for a nervous breakdown.

The mere thought of air flight raises safety questions from such people.
What happens if there is an accident?
Are there protocols in place to combat any unfortunate occurrence?
The fatalities from an airplane accident are also frightening.
Fortunately, the cause for such fear is because of a lapse in understanding the safety protocols put in place for a safer travel experience.

Let us look at some facts regarding air travel;

1.  It is the safest mode of transportation

Believe it or not, you are more likely to die in a car accident than in a plane crash.
The odds of dying in car accidents are estimated to be one in  5000 while in a plane crash, the odds are appraised to be one in  11,000,000.
There are severe accidents from airplanes, but they do not occur as many times as is thought.
It is estimated that fatal accidents occur once in every two million flights, and just like in road transportation, not all incidents are fatal.

2.  The extensive testing on commercial airlines

Aircraft go through a lot of rigorous testing before it is released for commercial purposes.
An airline, like Qatar Airways, will conduct tests that include but are not limited to, wing flexibility, ingestion testing, temperature, and altitude testing, velocity minimum unsticks testing, brake testing.
They are also tested for their resilience during some specific scenarios like low fuel scenarios and lightning strikes.

3.  The presence of oxygen masks

In the case of low cabin pressure, oxygen masks are provided to provide for the lapse in the oxygen gas.
There is a belief from some quarters that the oxygen does not work because it is not attached to an oxygen tank.
The oxygen masks work just not in the manner you expect.
The oxygen is generated in the mask when it is pulled over the face.
The bags on the mask are the oxygen reservoir.
Do not let anyone use this to deter you from enjoying the exhilarating experience of flying.

4.  They could fly safely with one engine and land without any engine.

Engines do not keep the planes in the sky.
They are a part of the mechanism.
Without engines, the aircraft can glide and still land safely without or with minimal injuries.
The chances that the engines will go off during flight is estimated at a one in a billion flight hours, and even if it does go off, there is still hope for a safe landing.

Read reviews of many airlines on Norskeanmeldelser, and book that flight to a place of your choice.
It promises to be an exciting and remarkable experience.